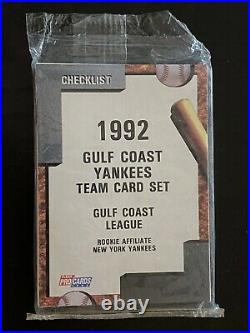 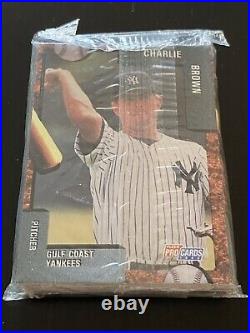 Because the beginning of Derek Jeter's professional career. 202 in 47 games with the 1992 Rookie League Yankees before moving up to Class A Greensboro later in the year coincided with the explosion of baseball card companies and product, it's not hard to find rookie cards featuring the Yankees icon and the club's all-time hits leader.

With only 2,500 copies printed, however, this card is the exception. Fleer's'92 Procards Gulf Coast Yankees set, which features Jeter's first team-issued minor-league card, isn't only rare, but it is also one of the Captain's most challenging minor league cards to grade in PSA 10 Gem Mint condition. In addition to notorious centering issues, the gray and brown borders on these distinctively'90s-looking cards chip very easily, posing significant obstacles in the hunt for flawless examples. Don't wait any longer to make this important early Jeter a centerpiece in your rookie card collection. HOF is right around the corner. Sealed sets are impossible to find, let alone finding it brand new and still sealed in original packaging!