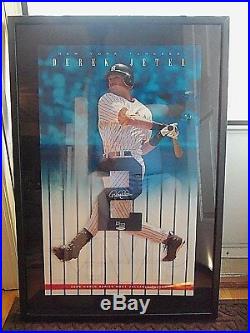 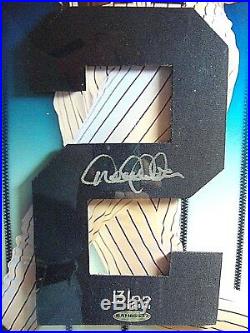 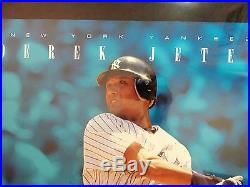 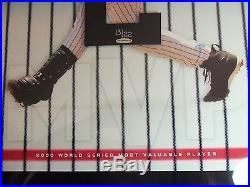 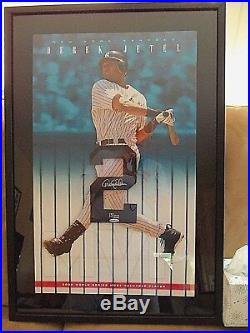 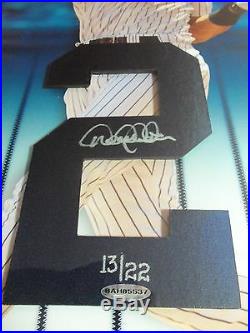 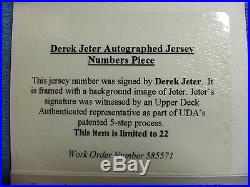 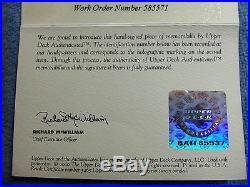 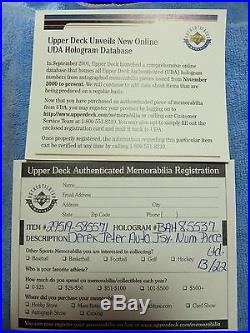 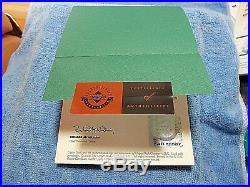 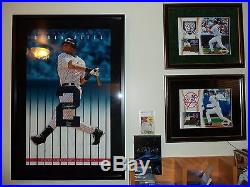 The 2000 World Series Most Valuable Player Commemorative Framed Derek Jeter Autographed Jersey Number Limited Edition 13/22 Upper Deck Authenticated Memorabilia - Serial Holo encoded - Registration Card Available. This is a HUGE 33" High by 22 1/2" Wide x 1 1/2 inch Deep shadowbox-like framed display. While I personally have not seen another, there are supposed to be 21 more like this out there. I bought this a dozen years ago direct from Upper Deck.

Derek turned 18 right after graduation and was signed by the Yankees after being drafted sixth overall - the first Yankee pick. He went to the rookie level Gulf Coast League before being sent to the Class A Greensboro Hornets where he finished 1992 as well as 1993 where he was voted Most Outstanding Major League Prospect. Shortly thereafter he was promoted to Double A Albany and then Triple A Columbus where he played for most of 1995.

Two years out of high school (and high school player of the year), Derek was named Minor League Player of the Year by Baseball Weekly and Baseball America. In 1995, Derek got his first taste of the Big Show and in 1996 he was appointed the starting Shortstop.

By 2000, he was clearly one of baseball's elite and was recognized as such in the All Star proceedings which was the precursor for the 2000 World Series MVP role which is celebrated herein. This piece of memorabilia will command a prime piece of real estate on a display wall or man cave due to his size and subject matter.

A hard number jersey is floated over a swinging image of the Captain with a Stadium seating and Yankee Pinstripe background. A red banner with lettering announces Derek's MVP Award along the bottom. Jeter's autograph is directly on center of the number 2 accompanied by the serial and UD holographic ID. I apologize for the glare but the glass would not allow better photography. Don't worry about S & H - it is.

Please check my other auctions for many other Yankee cards and autos. The item "Derek Jeter Rare Auto Jersey Number 13/22 UDA HUGE Framed 2000 World Series MVP" is in sale since Saturday, April 6, 2019. This item is in the category "Sports Mem, Cards & Fan Shop\Autographs-Original\Baseball-MLB\Jerseys". The seller is "foreclosure1" and is located in Staten Island, New York.