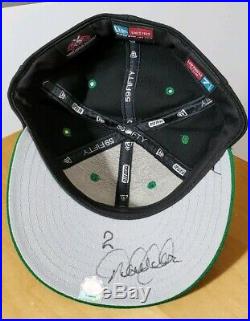 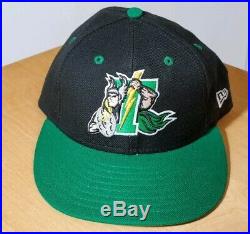 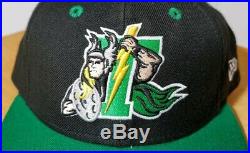 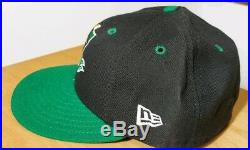 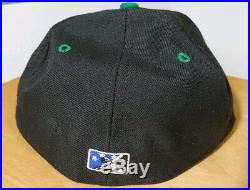 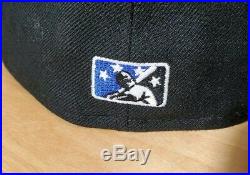 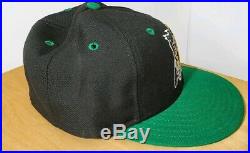 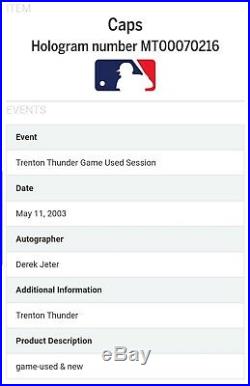 Derek Jeter played five games with the Trenton Thunder May 7-11, 2003 to rehab an injury... His first time with Trenton. This cap was MLB Authenticated for the signature and the cap relevance after the May 11 game and consequently signed at the same time... Jeter personally wrote his number "2" under the bill. NOTE: Cannot completely verify if this cap was worn during a BP session or simply issued in his locker...

Either way, an awesome piece of Jeter memorabilia since only one of each Trenton cap was placed in Jeter's locker for him to use! The MLB hologram database reads "game used & new" as Jeter signed a number of new caps during the same post-game sitting. Don't let this unique 2003 piece slip away as Jeter enters the Hall of Fame next year!

The seller is "baseballcollector86" and is located in USA. This item can be shipped to United States.